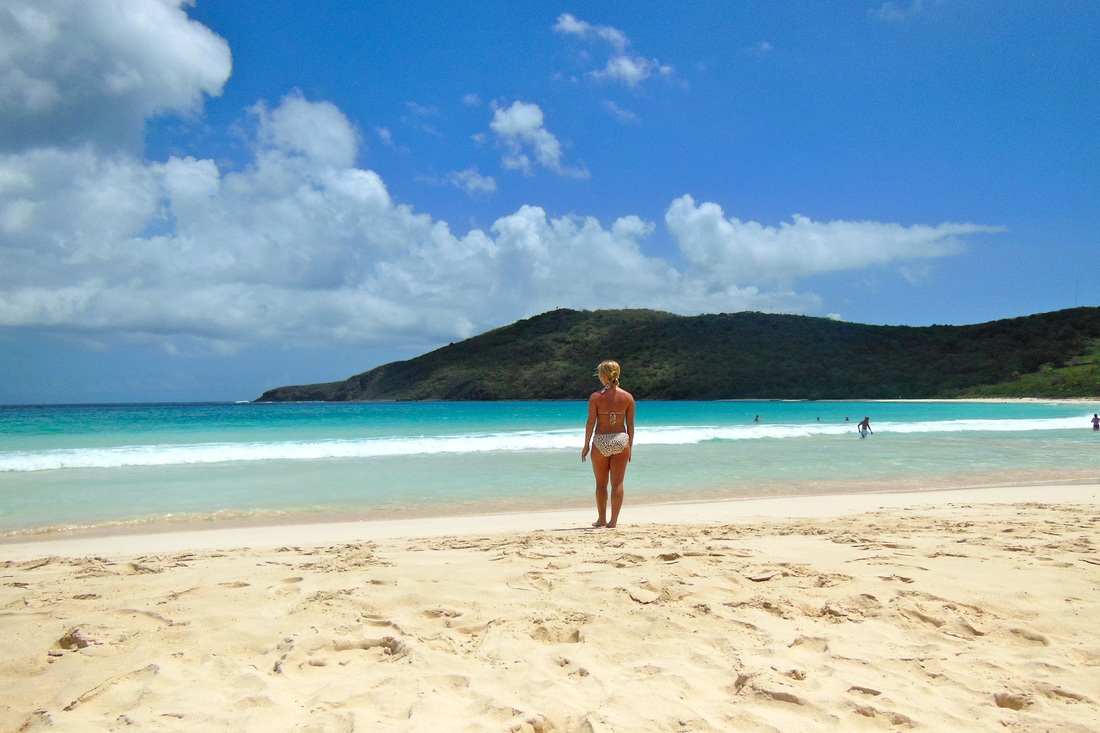 Ah, it’s the summertime. And you know what that means? Vacation time! You’re probably sitting at your desk, imagining sipping a cool drink in the Caribbean, or dipping your toes in the white sandy beaches, and crystal blue waters now, aren’t ya? There are so many amazing destinations in the Caribbean, but have you considered Puerto Rico? Puerto Rico is rich with history, it has gorgeous views, great outdoor activities, and food to die for! And believe it or not, a lot of this isn’t just in the main city of San Juan, but throughout the entire island! In case you need more convincing, here are 5 other really great reasons to explore Puerto Rico.

If you’re up for a little island exploration, then visiting the Rio Camuy Caves is a must. Cumay is affectionately known as “La Ciudad Romantica”, which means the romantic city. It’s about an hour and a half from San Juan, but well worth the drive. It’s the third largest cave system in the world, containing 220 caves, and more than 10 miles of cathedral – like caverns. It’s truly massive and a sight to see. You have plenty of time to rest and relax on the beach. Don’t skimp on sight seeing!

The Bioluminescent Bay is an adventure not to be missed in Puerto Rico and one of the coolest things to explore. This is a night trip that takes you into one of the most amazing natural phenomena of the world.. The Pyrodinium Bahamense (which is a microscopic plankton that produces natural light just with the touch of your hand).

Puerto Rico is filled with an incredible amount of natural wonders, and El Yunque Rainforest is no exception. It’s actually the only tropical rain forest within the United States National Forest System. Located in northeast Puerto Rico, it’s filled with multiple trails. You’ll be surrounded by lush greenery, the unique sounds of nature, and rain. Ah. But the icing on the cake is the La Mina Waterfall trail. Who doesn’t love a great waterfall?

Many people know about Flamenco Beach, which is freaking awesome. But few know about the Culebrita Beach, which is just as fascinating. It’s located on Culebra Island, which is located on the eastern coast of Puerto Rico. It’s super exclusive, so much so that you must take a water taxi, or private boat to get there. It is completely untainted, with only one man-made structure, throughout the entire stretch of the island. You will absolutely marvel at the multiple shades of water. This island is for great snorkeling or turtle watching. But best of all, you don’t have to deal with the overcrowding that can sometimes happen for really popular touristy spots.

Tucked in the foothills of Las Picuas. It’s in an ocean-front fisherman village in the city of Rio Grande, this is a family owned business that will change the way you taste and enjoy the flavors and seasoning of the local cuisine. This was not only the best restaurant in Puerto Rico , but the best dining experience I’ve ever had!

This is just a short list of some of the amazing things that Puerto Rico has to offer. Continue to do your own research, and you’ll probably discover some magical gems of your own.

So will you joining me in Puerto Rico this year?